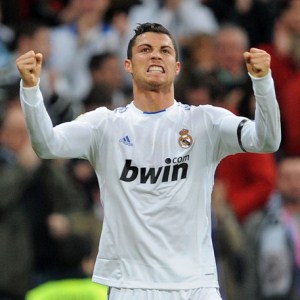 Cristiano Ronaldo struck twice to lift Real Madrid to a 4-1 home win over Real Sociedad on Sunday which trimmed Barcelona’s lead at the top of La Liga to seven points.

A resurgent Kaka and new loan signing Emmanuel Adebayor added a goal either side of Ronaldo’s 23rd and 24th of the campaign as Real bounced back from last weekend’s shock defeat at Osasuna to stay in touch with the champions.

Barcelona went 10 points clear when World Player of the Year Messi netted his fourth hat-trick of the season in a 3-0 win over Atletico Madrid on Saturday, a record 16th successive victory for the Catalan club.