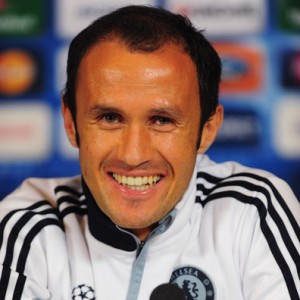 Chelsea defender Ricardo Carvalho is set to join Spanish giants Real Madrid after both teams announced that a deal was agreed to sign the Portugal international.

Real said on their website that : “Real Madrid and Chelsea have reached an agreement for the transfer of Ricardo Carvalho,”.

“The player will be contracted to Real Madrid for the next two seasons.”

Chelsea said in a statement on their website that the deal was subject to a medical and Carvalho agreeing personal terms.

The statement added : “Chelsea would like to thank Riccy for his six years of service, and we wish him well in his future career,” .

The 32-year-old central defender will rejoin his former boss and compatriot Jose Mourinho, who replaced Manuel Pellegrini as Real coach at the end of last season.

Mourinho joined Real Madrid after leading Internazionale to a treble of Champions League and Italian league and cup.