It has been reported that Real Madrid are preparing a bid for Liverpool fullback Glen Johnson. 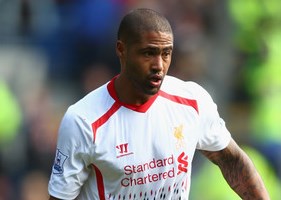 The Spanish giants are shopping for a new right-back with Alvaro Arbeloa to move on and interesting Swansea City.

The Sunday Telegraph claims that Johnson is emerging as a realistic target for Real at the end of the season and Carlo Ancelotti, the manager, has been alerted to the uncertainty over the England international’s future at Anfield.

Liverpool held preliminary negotiations with Johnson over a year ago but have suspended further talks until the summer, when the 29-year-old will enter the final 12 months of his contract.

Arsenal are also monitoring developments as they prepare to lose Bacary Sagna on a Bosman in the summer. Wojciech Szczesny Can Be One Of The Best! – Wenger