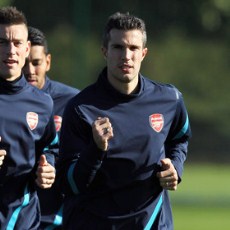 Sensational news are out and it has been revealed that Europe’s biggest clubs are queuing to pounce for Arsenal captain Robin van Persie.

The Mirror has revealed that Real Madrid, Bayern Munich, Paris St Germain and billionaire-backed Russian side Anzhi are all ready to pounce for the Dutch forward and could be ready to make offers in the winter window.

However Van Persie, who will have just one year left on his contract at the end of the season, will make it clear he is determined to stay for the rest of the campaign and see if the club can meet his ambitions.

The 28-year-old is keen to stay in the Champions League and is anxious Arsenal have a squad strong enough to remain competitive, but has also reiterated his commitment to the club. Isco Has No Regrets Over Real Madrid Move