It has been revealed that Real Madrid coach Rafa Benitez is a big fan of Manchester City winger Raheem Sterling. 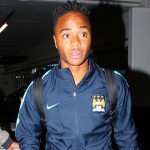 Benitez admits he worked with the England international at Liverpool.

“I worked with him at Liverpool,” said the former Reds boss.

“He is a quality player but I don’t like to talk about players who aren’t on my team.”