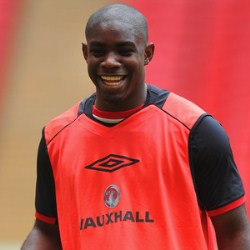 Reports are out claiming that Real Madrid are lining up a bid for Manchester City defender Micah Richards.

According to Sport, the Spanish giants are turning to the England international youngster as they seek a new right-back signing this summer.

Real coach Jose Mourinho is a big fan of Richards and tried to sign him as a teenager while in charge of Chelsea.

Mou likes his versatility and believes he can challenge at both fullback and centre-half in the Real first team this coming season.