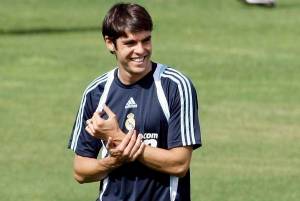 Sensational news are out from La Liga and it has been reported that Real Madrid management have concerns over the form of Brazilian midfielder Kaka.

It has bee reported that no-one doubts the Brazilian’s ability, but the player’s disappointing form since his summer move from AC Milan is a cause for concern.

Kaka enjoyed his best game in a Real shirt on Sunday but it was in defeat against Barcelona and the player has only manage to score four goals this season, with two being from the spot.

It was also reported that there are questions over Manuel Pellegrini’s formation and whether it suits Kaka with the manager preferring to have Cristiano Ronaldo and a striker play ahead of the Brazilian.

Now in a deeper role, Kaka is asked to do more defensive work than he is used to, which could also be a factor for his uninspiring performances so far.

Neymar Flattered To Be Linked With Real Madrid