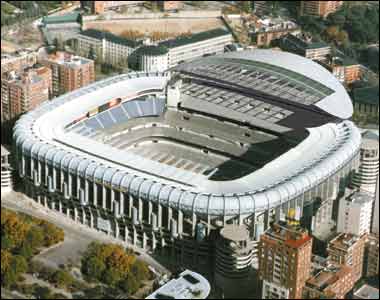 Spanish giants Real Madrid has declared that they have ended their search for new signings with the deal to sign Spain midfielder Xabi Alonso from Liverpool now concluded and director general Jorge Valdano has said that the club will now focus on trimming their squad.

It is reported that Spain international midfielder Alonso is due to take a medical in Madrid before completing a reported 30 million euro (£25.5 million) move. He is not expected to be presented to fans until after the club’s tour to North America.

Valdano told reporters that the club understood Xabi Alonso was an important player to complete the Real Madrid squad, and that it was worth fighting for him.

He also added that the club needed a shake up. He also said that some very good players have come in to strengthen every position and the fans are very excited.

He also said that with the addition of Xabi Alonso, Real Madrid has ended the search for new players and that the club will continue searching for an exit for players who are surplus to requirements.

Having spent around 250 million euros (£212m) to lure eight players including Cristiano Ronaldo, Kaka and Karim Benzema to the Bernabeu, Real have until the end of August to cut Manuel Pellegrini’s squad back to 25 players.

Midfielder Rafael van der Vaart and forwards Klaas Jan Huntelaar and Alvaro Negredo have been linked with interest from clubs in Germany, Italy and England.

Liverpool To Swoop For AS Roma Defender Philippe Mexes

Karim Benzema : I Could Not Celebrate Goal Against Lyon