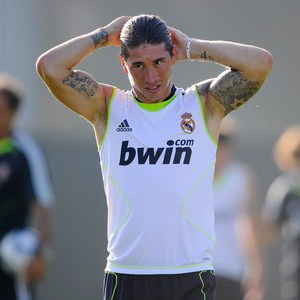 Sensational transfer news are out and it has been reported that Chelsea owner Roman Abramovich is ready to bust the market wide open this week with a bid for Real Madrid defender Sergio Ramos.

According to Marca, the Russian billionaire intends to offer £35 million for the Spain international, who would arrive as a replacement for his new Real teammate, Ricardo Carvalho.

Ramos remains one of the lowest paid players of Real’s star-studded squad and is sure to have his head turned by Chelsea’s massive £8 million-a-year contract offer for five years.

Real are determined to resist Chelsea’s attempts this week, but Ramos will be unsettled by the mega bucks offer. Karim Benzema : My Best Is Still To Come!