Reports are out claiming that Real Madrid president Florentino Perez is seeking an option for Arsenal ace Alexis Sanchez. 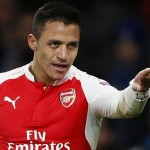 Perez is keen to bring the former Barca attacker back to Spain and has plans of taking advantage of the Chilean’s fitness concerns at Arsenal.

Don Balon reported that Florentino is eager to offer Jese Rodriguez on-loan to Gunners boss Arsene Wenger in January to help ease the workload for Alexis – in exchange for first refusal on their star striker.

The Real president would also be open to discussing an end of season deal for Wenger’s long-term target Karim Benzema – which would involve Alexis moving in the opposite direction.

Florentino is ready to sell Benzema in the summer after growing tired of his off-the-field controversies.