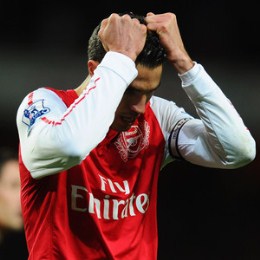 Interesting news are out and it has been revealed that Real Madrid plan to compete with Barcelona for Arsenal captain Robin van Persie.

According to Marca, Real Madrid boss Jose Mourinho would rather go for the Dutch international, who has the versatility to play as an imposing No 9, or take a place on either flank.

Mourinho’s own future at the Bernabeu is in serious doubt, but he has told his bosses that 28-year-old Van Persie would be a perfect fit.

Any deal is also contingent on Gonzalo Higuain being offloaded – with Chelsea identified as a potential destination – as the Argentina centre forward has fallen behind Karim Benzema in the pecking order.

There would be no shortage of willing buyers if Van Persie does not decided to extend his stay in north London, with Manchester City likely to make a move.