Transfer news from the Spanish league is out claiming that Real Madrid are eyeing Chelsea midfielder Ramires. 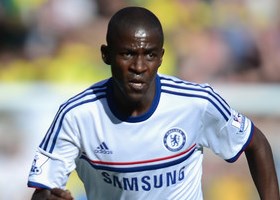 The Daily Star reported that the Spanish giants are interested in signing Chelsea’s Brazilian ace Ramires to replace Mesut Ozil.

Carlo Ancelotti brought the box-to-box midfielder to the Premier League back in 2010 during his time at Stamford Bridge.

And now Ancelotti wants to snap him up for a second time to help Real Madrid challenge for the La Liga title.

Ramires is under contract until 2017 and sources suggest Real will have to pay upwards of £15m for his services.