Interesting transfer news are out claiming that Real Madrid are preparing a blockbuster bid for Manchester City striker Sergio Aguero. 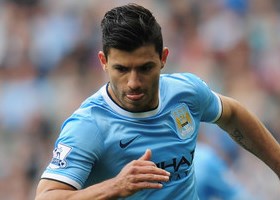 The Argentine international striker was back to his best yesterday in City’s victory over Everton.

The Observer revealed that the Spanish giants made an inquiry about Aguero in the summer and were told he would not be sold.

The former Atletico Madrid striker remains their first choice to strengthen the striking options of Carlo Ancelotti, which comprise only Karim Benzema and 20-year-old Alvaro Morata.

Real may firm up their interest for Aguero in the January transfer window. Sergio Aguero To Challenge Wayne Rooney For The Golden Boot