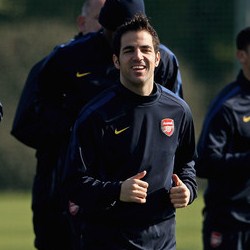 It has emerged that Real Madrid are new favourites for Arsenal captain Cesc Fabregas.

The Sun has reported that the Gunner are ready to reluctantly sell its club captain this summer.

It is believed that the Spanish champions are reluctant to increase last year’s bid for a player who would not be an automatic starter.

However despite interest from Spanish rivals Real Madrid, Fabregas has set his heart on returning to his home club. Arsenal Pushing To Open Talks With Sevilla For Grzegorz Krychowiak