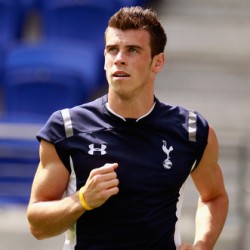 Reports are out claiming that Real Madrid have gained first refusal on Tottenham star Gareth Bale.

The Sunday Mirror revealed that Barcelona, Real Madrid and Manchester United have all been linked with the 23-year-old Welsh international who has emerged as one of the Premier League’s outstanding talents.

In the wake of Luka Modric’s transfer to Real last week, the clubs announced that they had formed a new alliance.

In a statement, it was ­revealed this will involve “players, coaches, best practices and commercial relationships”.

It is also thought that Jose Mourinho’s Real will now get the first chance to sign Bale should either ­Tottenham ­decide to cash in on their ­valuable asset or if the player asks to leave.

PSG – We Can Afford Ronaldo!