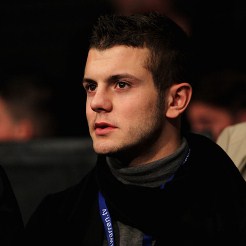 Sensational news are out and it has been revealed that Real Madrid are chasing Arsenal crock Jack Wilshere.

The Sun has reported that the England international features on a five-man list drawn up by the La Liga giants, who want to cherry-pick Europe’s top prospects.

Emirates officials could now face another row with a Spanish club, following constant battles with Barcelona over their chasing of Thierry Henry and Cesc Fabregas.

Wilshere, 19, currently sidelined by a foot injury, signed a new five-year Gunners contract last year and has pledged his loyalty.

But Real are fed up with paying massive sums for stars at the peak of their careers. Cristiano Ronaldo cost £80million.