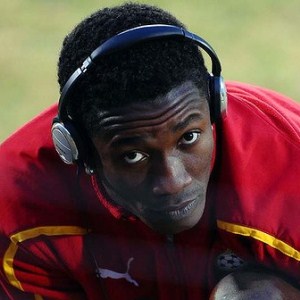 Real Madrid coach Jose Mourinho is reportedly desperate to boost his attacking options in January and has been linked with a host of big names.

According to Cadena COPE, the Ghana World Cup star is now being discussed at board level inside the Santiago Bernabeu.

The 5ft 11in striker only moved to Sunderland from Rennes in the summer for €14 million.

Ronaldo : We Must Celebrate Karim Benzema!


Dudek Set For Surgery After Suffering Fractured Jaw Against Auxerre