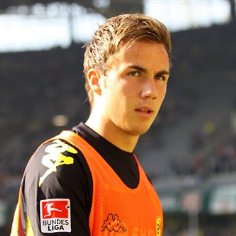 Reports are out claiming that Real Madrid have joined the interest for Borussia Dortmund youngster Mario Gotze.

Premier League giants Arsenal and Manchester United have made serious approaches to Dortmund for the attacking midfielder since the end of last season.

Marca has now revealed that Real are also keen and coach Jose Mourinho is having scouts track his progress in the Bundesliga this term.

Real already have former teammate Nuri Sahin on the books and enjoy a good relationship with Dortmund.