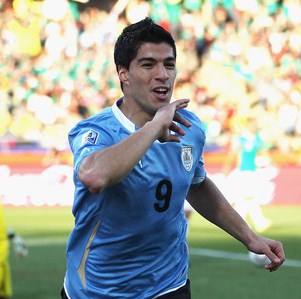 According to AS, talk within Real Madrid is that the Uruguay international is emerging as their top January target.

It is believed that Real chief Ramon Martinez has discussed the deal with GM Jorge Valdano and coach Jose Mourinho, with the move now rubberstamped.

An approach to Ajax to open negotiations could happen as early as this week.

Mourinho has complained publicly about the lack of an extra striker in his squad since the start of the season and Suarez’s ability to play as a centre-forward suits the Special Juan’s needs.