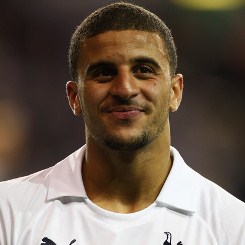 Interesting news are out and it has been revealed that Real Madrid are chasing Tottenham fullback Kyle Walker.

The People says Real boss Jose Mourinho has been tracking the Tottenham right-back ever since he shined on England duty against Spain at this summer’s European Under-21 finals.

And the manager of La Liga’s leaders has been impressed with Walker’s superb displays for club and country this term.

While Walker, 21, has only just established himself in the Spurs first team, following loan spells at QPR and Aston Villa, it is believed that he could be open to the idea of a move abroad. Kaka : I Am Staying With Real Madrid!