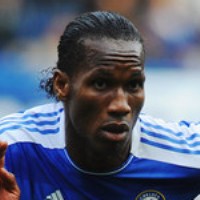 Interesting news are out and it has been revealed that Jose Mourinho is monitoring Didier Drogba’s situation at Chelsea.

According to the Daily Mail, the Ivory Coast international remains in the Real coach’s sights.

The former Marseille striker has attracted a serious offer from Galatasaray, which hope to lure him to Istanbul with a bumper final payday.

Should Chelsea indicate a willingness to sell, Mourinho will also push for Real to bid for the 33 year-old.