Reports have emerged claiming that Spanish giants Real Madrid are in contact with Fluminense for young striker Samuel Rosa. 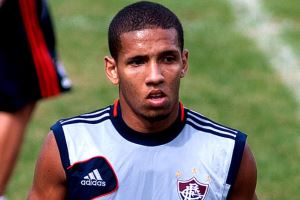 It is said that Real have made an offer to take Samuel on a season-long loan with the view to a permanent deal in June.

However, the Brazilian club are unhappy with the terms, particularly with Samuel now establishing himself as a first team regular.

The player’s agent Gerson Oldenburg said: “They point out that Samuel is playing steadily due to calls for Fred from the Selecao.