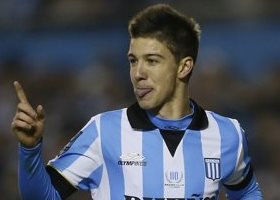 It has been reported that Liverpool’s interest in Racing Club striker Luciano Vietto has been confirmed.

Jorge Cysterpiller, the agent of Vietto, claims to have had contact with Real Madrid and Liverpool.

He told Calcionews24: “Napoli have not stopped following Vietto, just like many other top clubs.

“There is a lot of competition and we have talked with top class clubs like Real Madrid and also with Liverpool and a couple of German teams.”