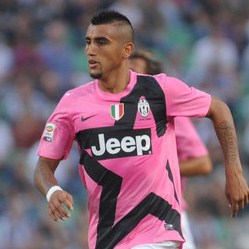 Reports are out claiming that Manchester United will face competition should Juventus indicate a willingness to sell Arturo Vidal.

The Mirror reported that United are understood to be impressed by the dynamic midfielder as they continue to search for a central player in the Roy Keane mould. The club are reported to have contacted Juventus about Vidal’s availability.

However, United are expected top face competition from Real Madrid and Manchester City in the chase for the player who is valued at £40m by Juventus.

It has been suggested that Juventus would be willing to accept an offer close to that figure, and would not stand in the player’s way should a considerable offer come in from Spain or England.