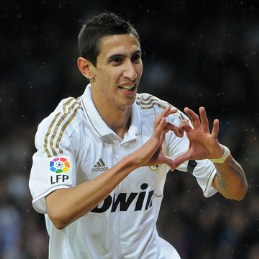 ABC has reported that the Spanish giants have no intention of selling the talented Argentine international.

The Spanish newspaper believe Chelsea and Manchester United are trying to land the Argentinian as he’s been unable to negotiate a new deal at the Bernabeu, but Jose Mourinho wants to keep him.