Interesting transfer news are out claiming that Real Madrid goalkeeper Iker Casillas has been offered to Arsenal and Manchester City in recent days. 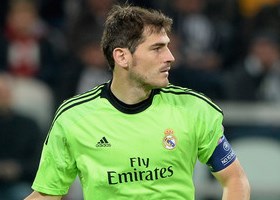 The Mirror revealed that the Spanish international goalkeeper is being touted around the Premier League for a sensational January switch.

Manchester City and Arsenal have both been sounded out by agents, as Casillas is worried about his World Cup place.

The 32 year old has lost his automatic place at Real and fears that could cost him his position as his country’s No1 next summer.