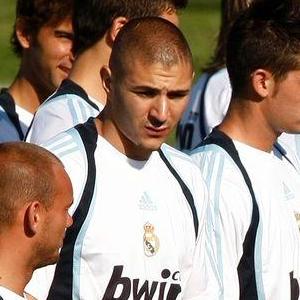 Jose Mourinho’s Real Madrid have offered striker Karim Benzema to Chelsea in a bid to lure Ashley Cole to the club.

The former Chelsea manager is said to be keen to bring the England international to the Santiago Bernabeu and therefore has offered £30million-rated Benzema plus cash for the defender.

Chelsea have been reported to be in the market for a quality striker this summer and Benzema could prove to be that player they are after but only if Carlo Ancelotti is prepared to lose Cole.

Benzema struggled under Manuel Pellegrini last season following his move from Lyon and faces a tough task trying to oust Gonzalo Higuain and Cristiano Ronaldo in the starting line-up.


Roberto Carlos : I Want To Play For Another Four Years!