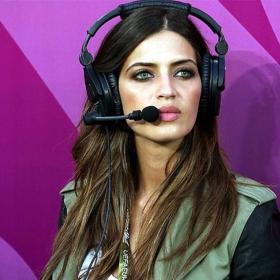 Sara Carbonero (Iker Casillas’s girlfriend) has courted controversy by revealing in her role as a journalist that the Real Madrid squad “don’t get on” with Jose Mourinho.

Madrid president Florentino Perez held a press conference last week to deny that there were tensions in the team after it was reported that Casillas and Sergio Ramos had spoken out against their coach.
Now Carbonero, who is a broadcast journalist for Channel Televisa Deportes, has reopened the dispute by making the inflammatory claims.

“The atmosphere in the dressing room isn’t good,” Carbonero said on a show called La Jugada.
“It’s an open secret that the players don’t get on at with the coach.

“Right now the dressing room is divided and we’ll have to wait until the end of the season to see if Mourinho leaves, because right now he’s got a lot on his hands at the club.”