Transfer news from the La Liga is out claiming that Real Madrid are ready to sell Sami Khedira in January. 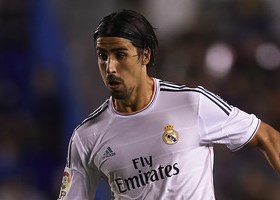 The Germany international has hit out at the Madrid press this week and also admitted Real’s players are struggling to adjust to coach Carlo Ancelott’s tactics.

El Economista claims that the Spanish giants have decided to sell ahead of the winter market.

Manchester United offered €40 million for Khedira in the final days of the summer transfer window and remain keen.

Chelsea boss Jose Mourinho is also a big admirer of the German midfielder. Nistelrooy : I Tried Everything To Join Real Madrid!