Reports are out claiming that Real Madrid president Florentino Perez is preparing a huge bid for Juventus midfielder Paul Pogba. 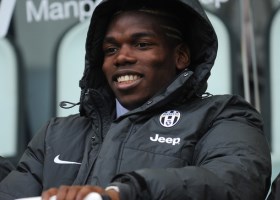 It is said that Perez has been encouraged in his pursuit of the French international, who is yet to open new contract talks with Juve.

The Real president has been convinced about the Frenchman’s quality by assistant coach Zinedine Zidane and is willing to bid big to take him away from Turin.

Perez is willing to go to €60 million to land the former Manchester United star in the summer.