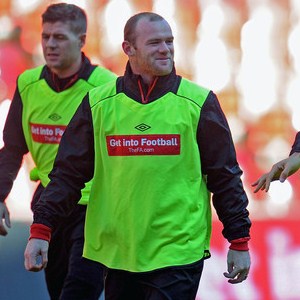 Spanish giants Real Madrid are said to be preparing to go to war with Manchester United over striker Wayne Rooney.

Reports suggest that Madrid are confident they can lure the 24-year old England international to the Santiago Bernabeu but they will not make a move in January as may have been expected.

It is also said that Real Madrid will be patient and wait until the end of the season before they really push for the out of form Rooney.

“There is no haste in the subject. It is something which can be completed at the end of the season. We know Rooney has not signed a new deal. Real are ready for the battle with Alex Ferguson. They know what to expect, they have been down this road before,” the source told the Daily Star.