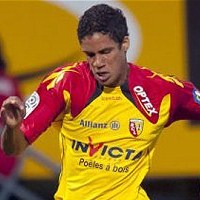 The 18-year-old youth international made his debut in Ligue 1 with Lens last November and went on to make 23 league appearances.

The 6ft 3in centre back, who can also play as a defensive midfielder, will be competing with players such as Pepe, Ricardo Carvalho, Raul Albiol and Ezequiel Garay for a place in the centre of defence next season.