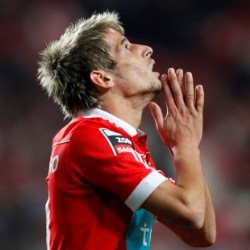 It has been confirmed that Real Madrid have signed Portugal left back Fabio Coentrao from Benfica for a fee of 30 million euros (£27 million).

Real said in a statement on their website : “Fabio Coentrao officially became Real Madrid’s latest signing by signing a six-season contract with the club after passing his medical,”.

Benfica had announced the deal in a statement earlier on Tuesday.

Coentrao, now age 23, had a contract with the Portuguese club until 2016 and is regarded as one of the most promising left-backs in Europe. Marcelo Wants To End His Career With Real Madrid