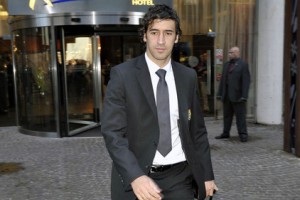 Real Madrid’s star striker Raul has been reported to be on the market for a move to the MLS.

The Spanish giant’s all-time leading goalscorer is being linked with a move to either the LA Galaxy or New York Red Bull as he continues to fall out favour under current Real manager Manuel Pellegrini.

The 32-year old former Spain international, whose contract expires in June, would be a huge addition to both clubs and it is believed that they have both contacted in regards to a move to Major League Soccer.


Beckham : I Will Continue Playing After World Cup