Interesting transfer news are out claiming that Real Madrid are weighing up a shock move for Manchester United goalkeeper David De Gea. 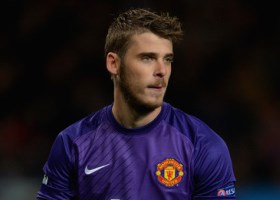 It is said that the Spanish giants see the 22 year old as a replacement for unsettled club captain Iker Casillas.

El Confidencial revealed that De Gea might be tempted to go back to his homeland.

Speaking about De Gea’s future, Spanish journalist Antnio Sanz hinted at a possible move for the 22-year-old: “All the family, the player and his representative, labelled a common goal: join Real Madrid.

“Manchester United emphatically oppose any transaction, but that does not mean that the transfer is implausible.

“The option to perform an operation with Casillas as part of it is not far fetched.”