It has been reported that Raheem Sterling will reportedly turn down a brand new contract offer from Liverpool. 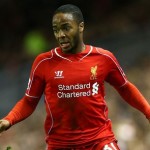 talkSPORT suggests that the 20-year old England international winger, who comes out of contract in the summer of 2017, will not agree terms with the Anfield club for a lucrative extension.

Reds boss Brendan Rodgers recently described the offer as ‘wonderful’ and ‘incredible’ for such a young player but indicated that the Merseyside outfit would not bow to pressure from his representatives.

It is believed that Spanish giants Real Madrid will make a bid to sign England international Sterling at the end of the current season.