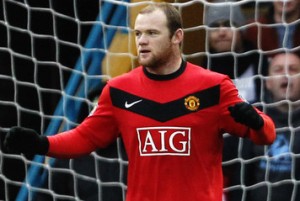 Sensational news are out and it has been reported that Real Madrid are ready to offer £60 million for Manchester United star Wayne Rooney.

It has been reported by local newspapers that the Spanish giants have made the Old Trafford striker their No.1 summer target.

It was recently reported that Manchester United plan to open new contract talks with Rooney next month about a possible £170,000-a-week deal.

Madrid eventually landed Ronaldo for £80m and United fear they will make an offer for Rooney that they will struggle to turn down. Real president Florentino Perez wants to maintain the second coming of the Galacticos and add Rooney to Ronaldo, Kaka and Xabi Alonso.

A Madrid source revealed this week that Rooney is the top name on the list for next summer and that Real Madrid will pursue him in the same way they did with David Beckham and Ronaldo.

The source then said that Real Madrid are always successful and will do what it takes to get Rooney. Sir Alex To Remind Wayne Rooney Of His Reponsibilities