It has been reported that Real Madrid are reluctant to lose Arsenal target Karim Benzema. 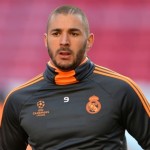 The Daily Mail reported that the French international striker, believed to be a target for Arsenal, is demanding a huge pay rise to stay.

However the European champions are hopeful of reaching an agreement with the 26-year-old before the World Cup.