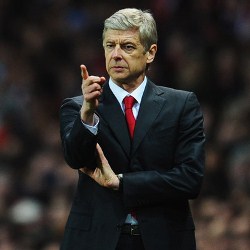 Sensational news are out and it has been revealed that Arsenal boss Arsene Wenger is back on the agenda of Real Madrid president Florentino Perez.

The Daily Mail says that the French tactician is on a two-man shortlist to replace Jose Mourinho as Real Madrid manager.

Germany head coach Joachim Low is the other candidate being considered with Mourinho’s relationship with the players and club hierarchy deemed beyond repair.

The Portuguese, 48, said on Tuesday: “I don’t know if I’ll be at Real Madrid next season.”

Wenger turned down a move to Madrid in 2009 but the La Liga leaders feel they have a better chance of persuading him to leave north London this time due his struggles at Arsenal.