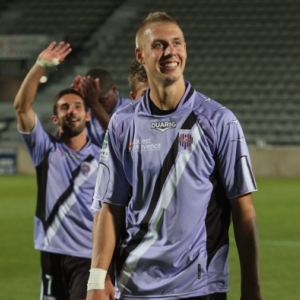 It has been revealed that Spanish giant Real Madrid are ready to raid the French youth transfer market for unpolished gems.

According to L’Equipe, FC Istres defender Florian Lejeune is being closely monitored by Real Madrid.

Real are believed to be weighing up a January move for the 19 year-old, who refuses to get carried away by the interest.

“I always want to improve, but now I keep working, and I’m learning. I want to gain experience with other players and to play at this level,” said Lejeune.

Lejeune is known for his versatility and can also play in midfield.