Reports have surfaced claiming that Real Madrid have encouraged Arsenal to bid for Karim Benzema. 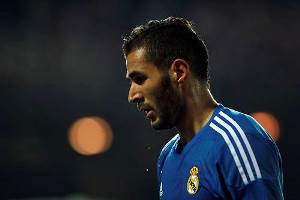 The Mirror claims that the French international striker is top of Arsenal’s wanted list because the signing of a world-class striker remains their No1 priority.

The 25 year old former Lyon star does not want to leave Madrid though, and his agent Karim Djaziri has even claimed he is not interested in a move to Arsenal.

However the Spanish giants are trying to sell him behind his back before the window shuts next Monday night.

Manchester United have also been sounded out over Benzema… and turned him down. Krystian Bielik Happy Playing At Centre-Half For Arsenal U21