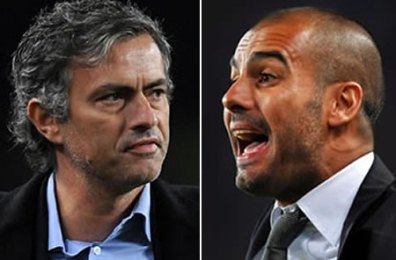 Real Madrid and FC Barcelona is set to go at it again for the 3rd time in the space 18 days.

The El-Clasico is set to be staged at the Santiago Bernabeu for the first leg of the Champions League semi-finals.

These Spanish giants earlier met in a league encounter on the 16th of April where the match ended in a 0-0 scoreline.

Real and Barca then met again in the Copa del Rey final on the 21st of April where the match was forced into extra time before Real Madrid grabbed the winner courtesy of Cristiano Ronaldo.

Tonight’s encounter is set to be their third meeting in a short space of time and it is save to say that the momentum is with Real Madrid especially after winning the Copa del Rey.

Barcelona on their part will definitely be seeking for revenge considering the fact that they were on course for the treble before being beaten in the Copa del Rey Final.

This will be the third time that the two Spanish arch-rivals have met in the semi-final of Europe’s premier club competition. Real advanced to the final on both previous occasions – in 1960 and 2002.

Real are unbeaten in their last 11 CL games and have kept clean sheets in eight of the last 10. They also have one of the best defence in this season’s competition, conceding only three goals in their 10 games.

Real have played 12 games against fellow-Spanish clubs in Europe and have lost only twice, both more than 50 years ago – 1-0 to Atletico Madrid in the 1959 European Cup semi-finals and 2-1 to Barcelona in the 1960-61 European Cup.

Barcelona have lost both previous CL semi-finals against Spanish clubs – losing 3-1 on aggregate to Real in 2002 and 5-3 to Valencia two years earlier. Barca have something of a semi-finals complex, winning just four of their last 18 semi-final games in all European competitions.

Barcelona have won only three of their last 14 CL away games and have not won any of their last six away matches in European competition against other Spanish clubs.

Who Do You Think Will Win The First Leg?

Judging by the statistic above, the momentum favours Real Madrid. However matches are not won on paper and anything can happen in a football match especially when it involves the two of the biggest Spanish teams.

We at TFM predict that Real Madrid will win the first leg of the Champions League with a 1-0 scoreline. What is your prediction? Vote now and let us know what you think. You can also leave your predictions in the comment section below. Cheers!!

Don’t Forget You Can Also Watch The Match LIVE On TFM!!!