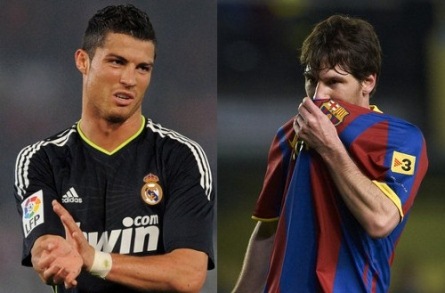 The El Clasico is only a few hours away with Real Madrid and Barcelona locking horns at the Bernabeu in La Liga.

Real Madrid coach Jose Mourinho has been boosted in recent weeks by the return from injury of Karim Benzema, Gonzalo Higuain and Kaka.

Barcelona boss Pep Guardiola has midfielder Javier Mascherano suspended at the weekend, has seen his squad depleted by fitness problems which have cost him the services of defenders Carles Puyol and Eric Abidal in particular.

Barcelona have won their last five games against Madrid, their best run of successive victories of all time. However the Blaugrana have never won six consecutive league games against Real, something their rivals achieved between 1962 and 1965.

Messi has scored (seven) or assisted (four) 11 of Barcelona’s 20 goals against Real Madrid in the last five seasons and Barcelona have not lost a league match away from the Nou Camp this season.

Real have scored in the first 15 minutes of four of their last six games at home to Barcelona.

Real have won every league game in which they have taken the lead this season.

Madrid have conceded the least amount of goals from set pieces in La Liga this season, with their defence having been breached in that fashion on just three occasions.

Madrid are the most dangerous team in the first 15 minutes of league matches this season, having scored 11 goals.

DON’T FORGET YOU CAN ALSO WATCH THE MATCH LIVE ONLY AT TFM!

Jose Mourinho Named ‘Man Of The Year’, In Italy!