Interesting transfer news are out claiming that Real Madrid are inviting Arsenal to take Karim Benzema off their hands. 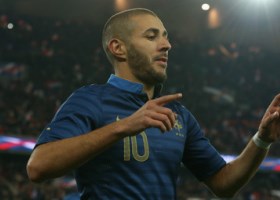 The London Evening Standard claims that Arsenal have been told they can sign the French international striker for a cut price deal in January.

According to club insiders, Carlo Ancelotti has lost patience with the 25 year-old who has scored just two goals in eight games for his club.

Real Madrid president Florentino Perez is aware that, despite the world record signing of Gareth Bale, the forward line needs strengthening following a stuttering start to the season, and is prepared to cut his losses on the former Lyon star who cost £30m in 2009. Mesut Ozil Questioned By Police After Photographer Hit By Car