Real Madrid believes that there is mutual interested from Wenger to join the Spanish Champions and replace Mourinho. 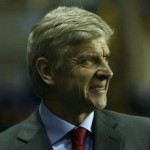 says Real Madrid president Florentino Perez is eyeing Arsene Wenger as his No.1 target to replace Mourinho this summer.

Wenger has previously turned down two offers from Perez to manage Real but the Spanish ­giants believe they have a genuine chance of prising Wenger away from the Emirates this summer.

Wenger is under contract until the summer of 2014 and has always been steadfast in his insistence that he will honour that agreement.

But there is a feeling within the Real hierarchy that Arsenal may be willing to part ways with Wenger, after an association of almost 17 years.

An eight-year trophy drought has led to tension within the club and unrest among supporters, while the Gunners are struggling to reach their minimum requirement of a fourth-placed finish.