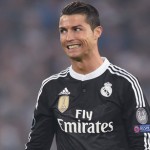 It has been revealed that Real Madrid star Cristiano Ronaldo has donated €7 million to the crisis fund for the rebuilding of Nepal.

So Foot reports the 30-year-old forward handed the sum of money to the charitable organisation Save the Children, which is helping survivors of the earthquake that struck the Asian country last month.

Last month Ronaldo also called upon his vast Facebook following of over 100 million people to donate to the children’s charity.

Ronaldo is preparing with Real Madrid to face Valencia in La Liga on Saturday night, before the second leg of their Champions League semi-final against Juventus on Wednesday.