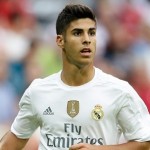 Asensio is not in the squad for Real’s friendly against Galatasaray.

He is training and injury-free and the decision has hit him hard. He was dreaming of making his Bernabeu debut but it’s not to be.

Sport reported that Asensio is set to join Espanyol for the season.