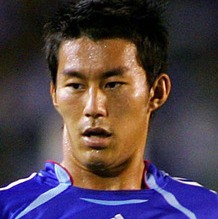 The 24-year-old Japanese international reportedly passed his medical on Wednesday and agreed a contract that will tie him to the Balearic Island outfit until 2015.

However it is said that he will be sent out on loan as Mallorca already have three non-European Union players in their squad.

The former Gamba Osaka and Oita Trinita player, who will become the second Japanese player to represent Mallorca after striker Yoshito Okubo, has a buy-out clause of 18 million euros in his contract and will be presented in the coming days.

Mallorca are currently 10th in the Primera Division standings after 15 games.