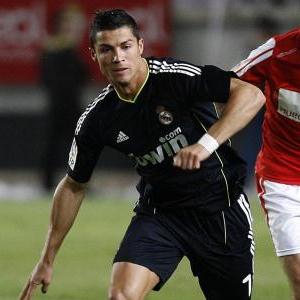 The Portuguese international was targeted by the fan for the entire time he was on the pitch and even when he was lining up to take free kicks.

The green laser was often seen targeting Ronaldo’s eyes and the guilty fan was able to avoid being caught by stadium officials.