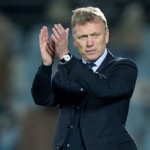 Reports are out claiming that Real Sociedad boss David Moyes is happy where he is.

Moyes has been linked with West Ham United and Newcastle United in recent weeks.

But the Mirror says the former Manchester United boss has indicated he is ready to stay on at the Spanish side next season if he gets backing in the transfer market this summer.